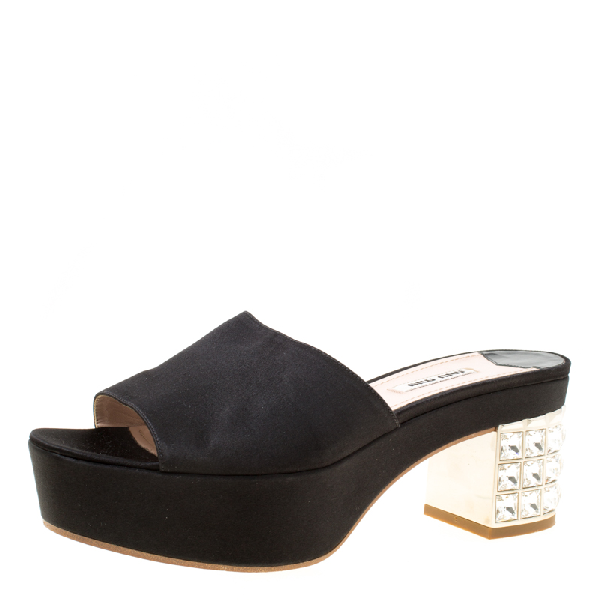 These satin sandals by Miu Miu are filled with so much beauty, they make our hearts flutter. They are designed in a slide style with crystals decorated on the block heels. Theyll look fabulous with dresses and gowns.

A world of fashion, powered by technology. ModeSens pulls from the racks of 17,547 luxury brands, aggregating every product at the item level for a seamless, transparent and secure shopping experience