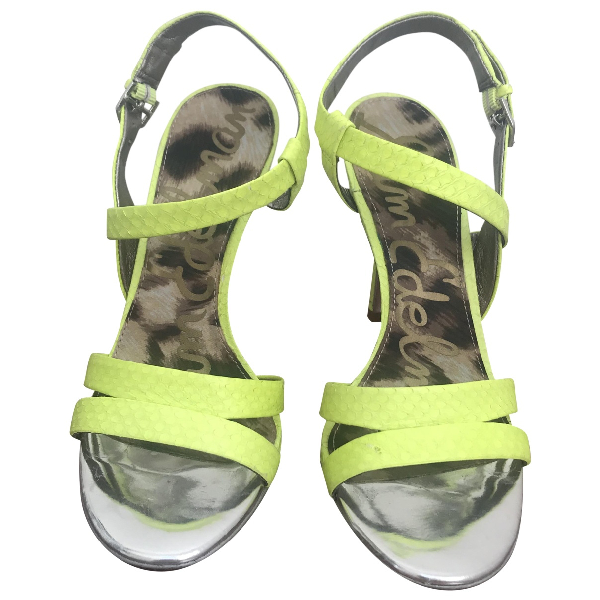 A creative visionary and legend in the footwear industry, Sam Edelman has been a dominant force in fashion, making an indelible impact on some of the most renowned contemporary footwear brands over the past 30 years. Since the beginning of his career in the footwear industry Sam Edelman has made significant contributions to companies such as Ralph Lauren as a licensee, in an executive role at Candies and as a co-founder of Kenneth Cole. His first monumental success was building Esprit into one of the most iconic Junior footwear brands of the 1980s. He then parlayed his talents as both brand-builder and shoemaker to evolve his vision again in the Junior footwear business with the launch of his first company and eponymous brand, Sam & Libby, which he created in 1987 with his wife, muse, and life-long business partner Libby Edelman. After selling Sam & Libby, Sam Edelman went on to pursue his other passion as a horse breeder, trainer and equestrian. Sam Edelman came out of retirement when he recognized a void in the marketplace- fashion-forward footwear built straight from the hottest trends and runways around the world but at a price-point every woman could afford. With that inspiration fueling what would become his next greatest success, the Sam Edelman brand was launched in 2004. In 2010, Caleres announced its acquisition of Edelman Shoe, Inc. Sam Edelman retains his role as President of the Sam Edelman division and continues to be based in Edelman Shoe’s Manhattan offices and design studios. The brand’s handbag and outerwear lines launched in 2011 and the Sam Edelman flagship store opened on Spring Street in the heart of Soho’s shopping district Fall of 2012. In 2013, the Sam Edelman jewelry collection launched and the brand announced that an apparel line will debut in stores next Fall. Season after season, Sam Edelman continues to create imaginative, trend-on, must-have styles that are seen everywhere from the top fashion magazines to the hottest celebrities. Whatever the occasion, Sam Edelman captures the attention of fashionable women worldwide.