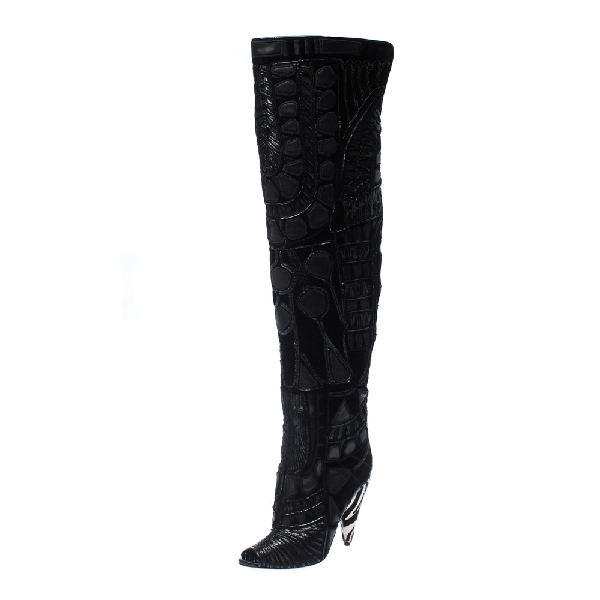 We are swooning over this pair of black boots from Tom Ford as they are well made and utterly gorgeous They are crafted from a mix of lace, suede and leather, and designed with peep toes, leather insoles and zebra effect heels. The boots are simply high fashion.