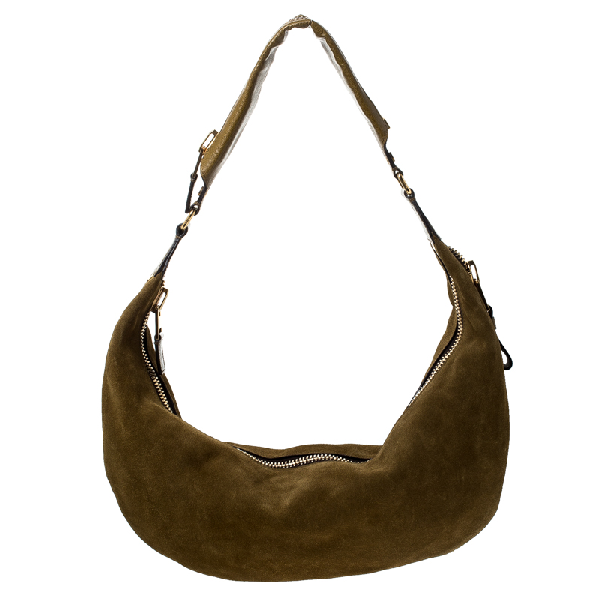 Fall in love almost instantly with this stunning shoulder bag by Tom Ford. Lined with suede, this bag is just about perfect for your essentials. Crafted using suede and leather, this bag is a stylish creation. Swing style in your arms with this olive green creation.