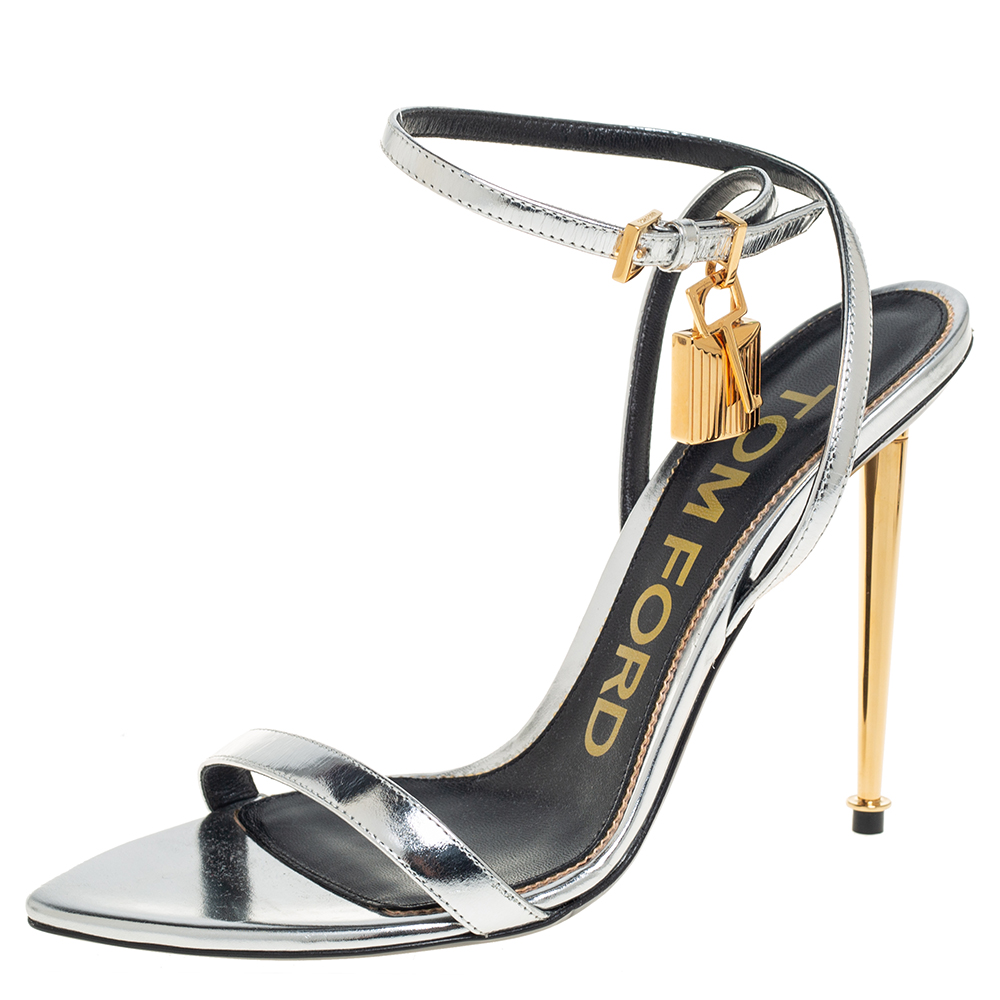 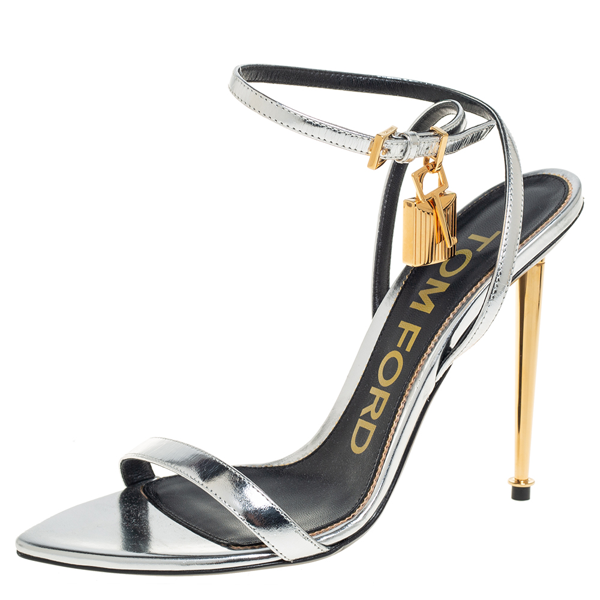 Fall head over heels in love with this pair from Tom Ford. Crafted from silver hued leather, these sandals carry open toes, ankle straps carrying a lock and key detailing, and high stiletto heels. Own these today and flaunt them with all your chic outfits.