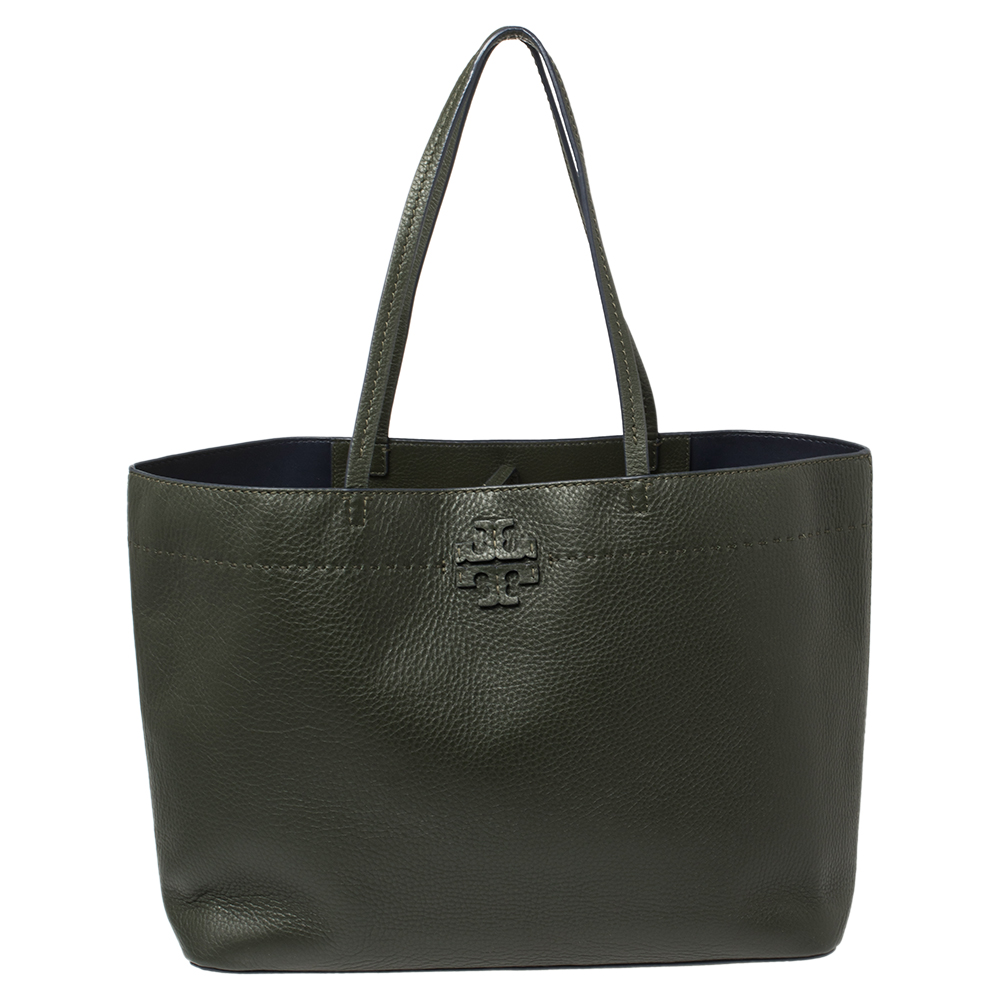 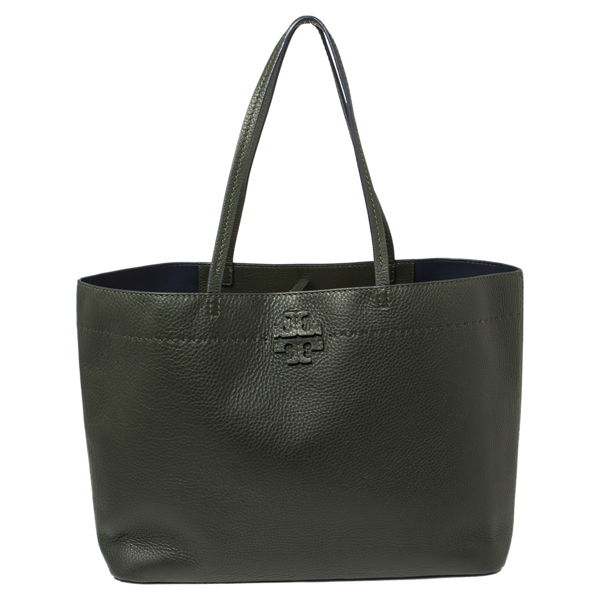 This Tory Burch McGraw tote is spacious to hold all your essentials without feeling too bulky thanks to its slim silhouette and roomy interior. Crafted from an ever stylish green leather body, this bag comes fitted with two slim shoulder handles and flaunts the brand logo at the front. Carry it for those long evening or weekend outings.