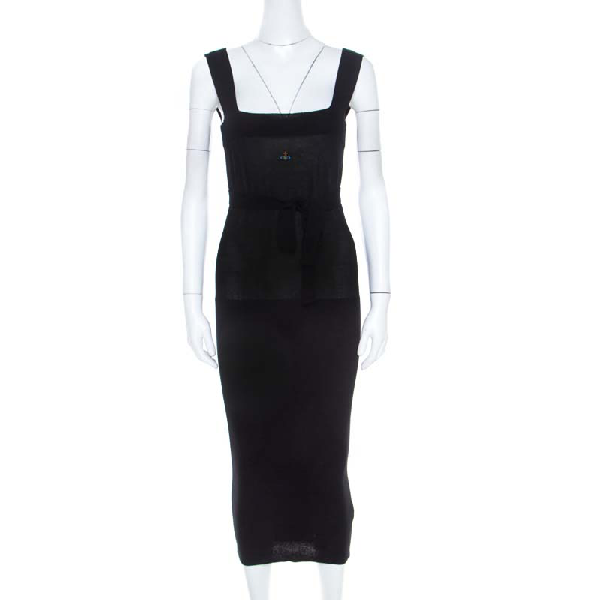 Launched by the Red Label of Vivienne Westwood, this sleeveless midi dress comes is adorned in black color. Tailored from cotton, it has a front belt detail that complements the great fit of this piece. The versatile creation can be used as casual wear or even as a party wear, all you need is the right pair of shoes and accessories.