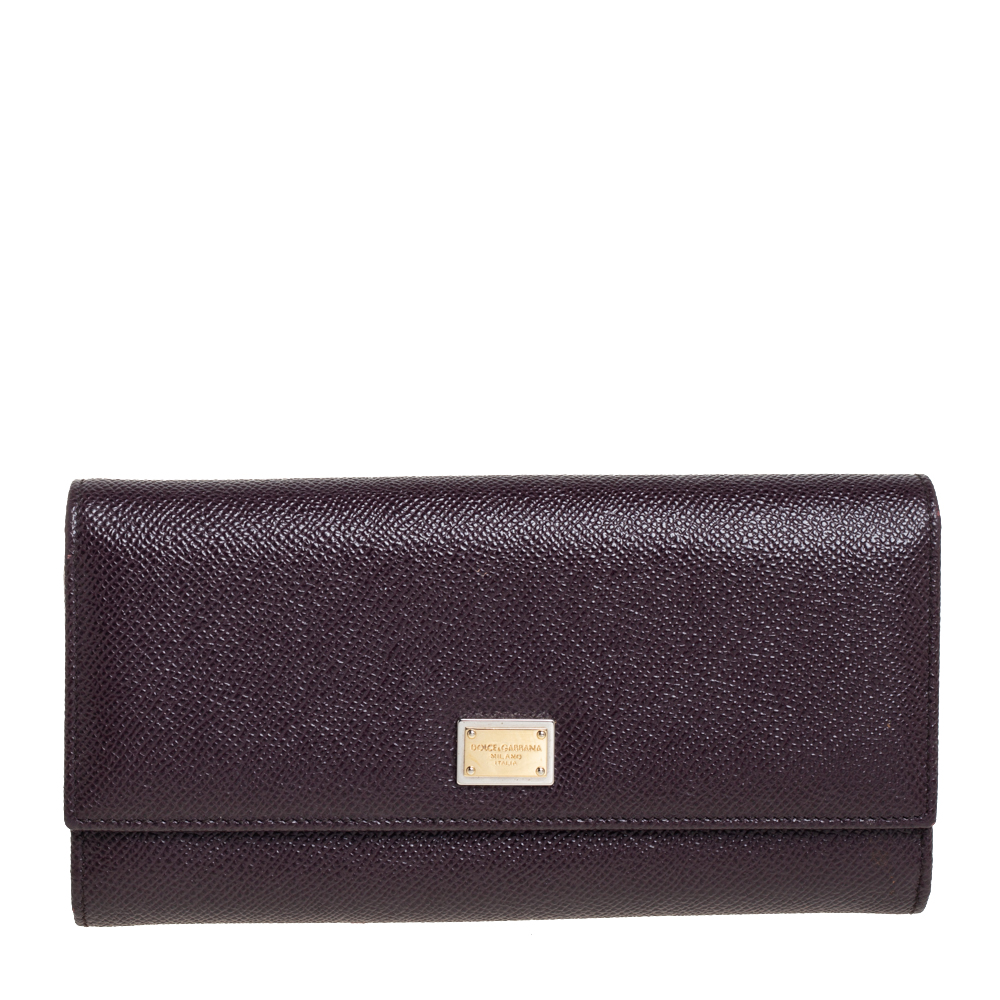 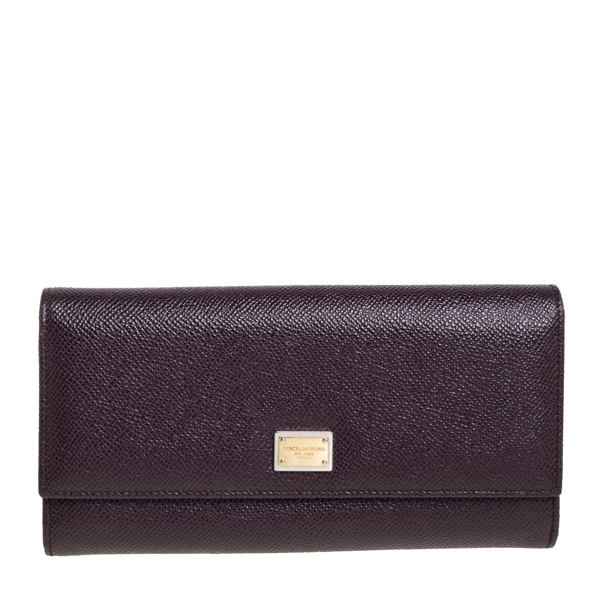 Ensure your essentials are in place with this Dauphine Continental wallet from Dolce and Gabbana. Crafted using leather, the burgundy wallet for women has a flap closure to secure the well designed interior.