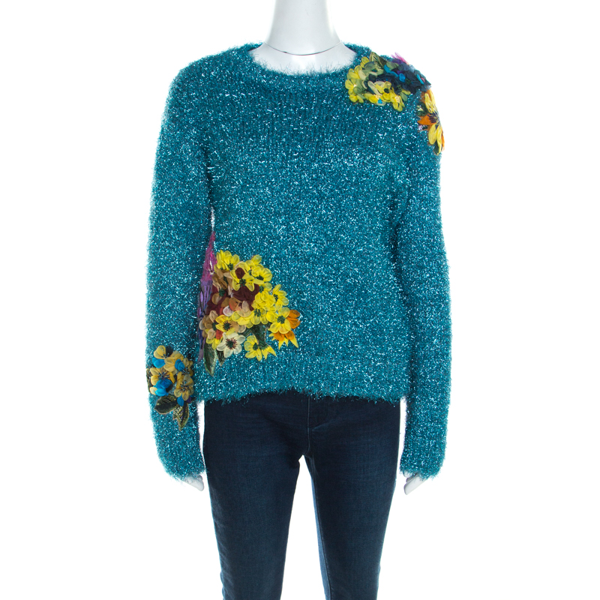 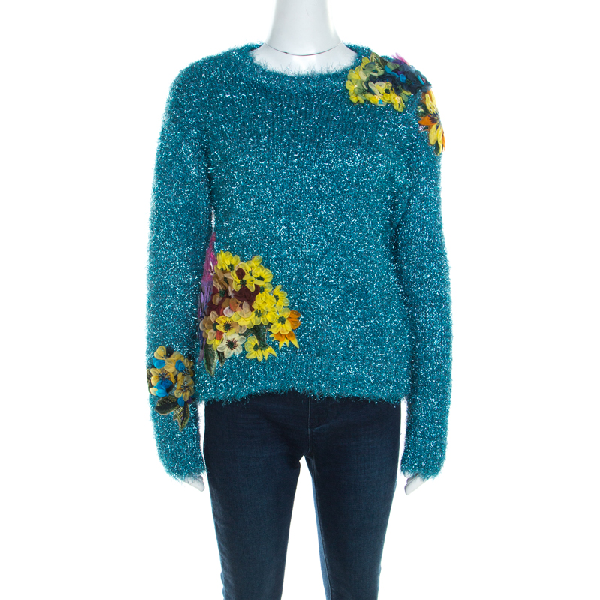 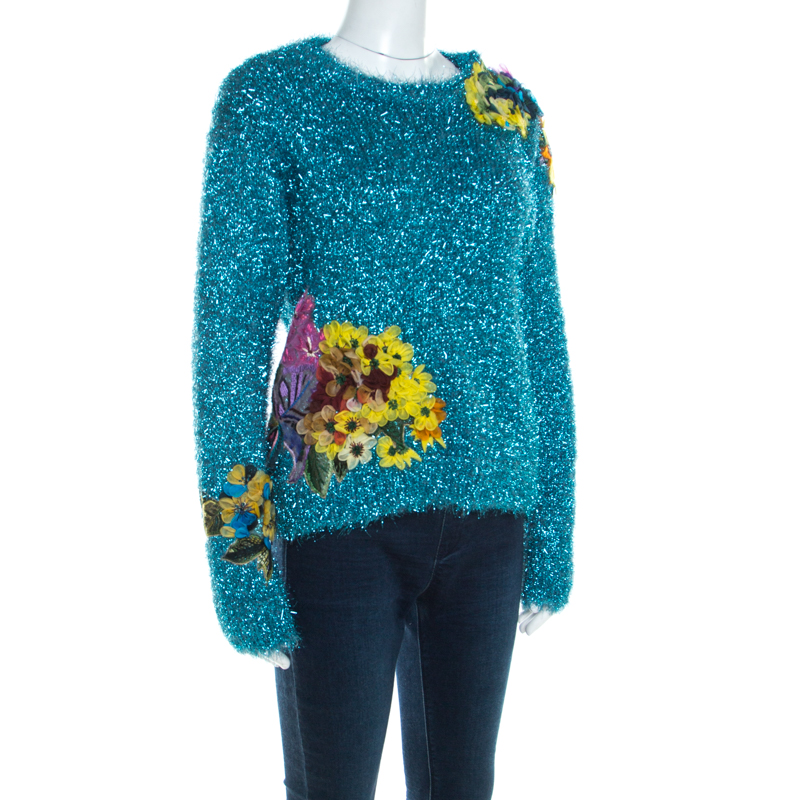 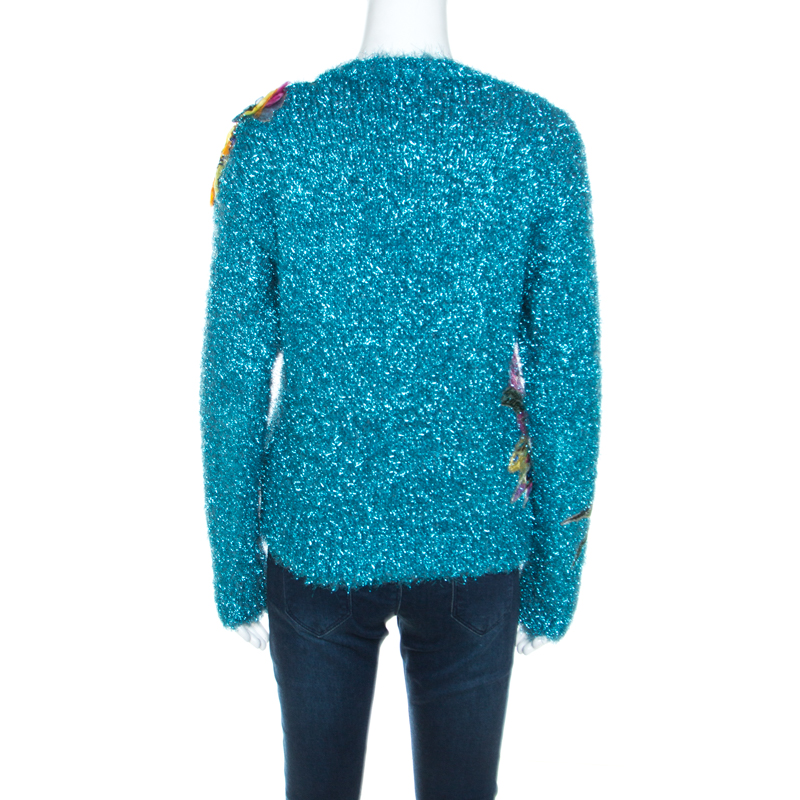 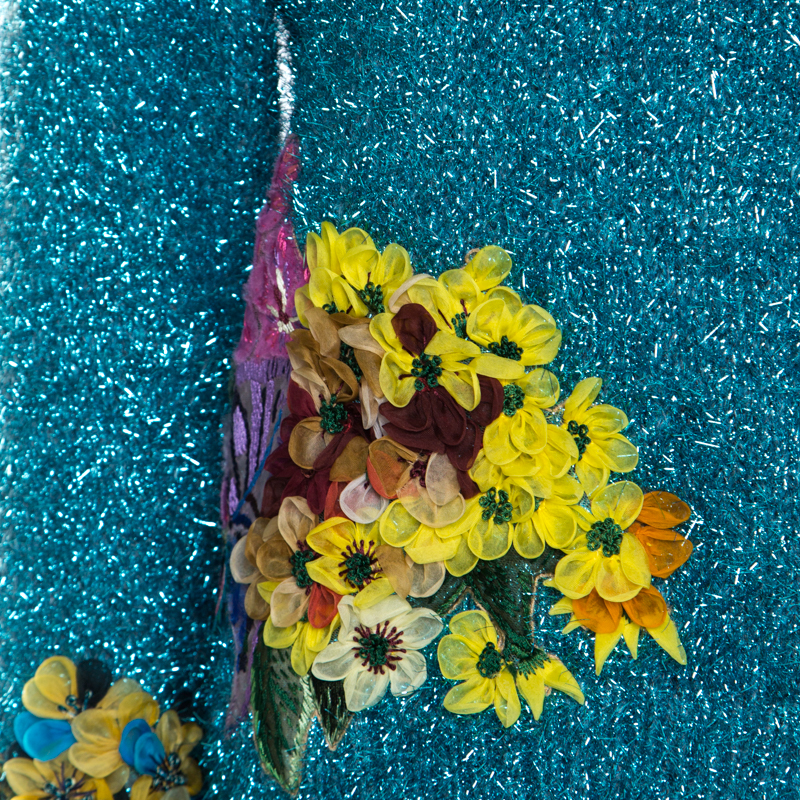 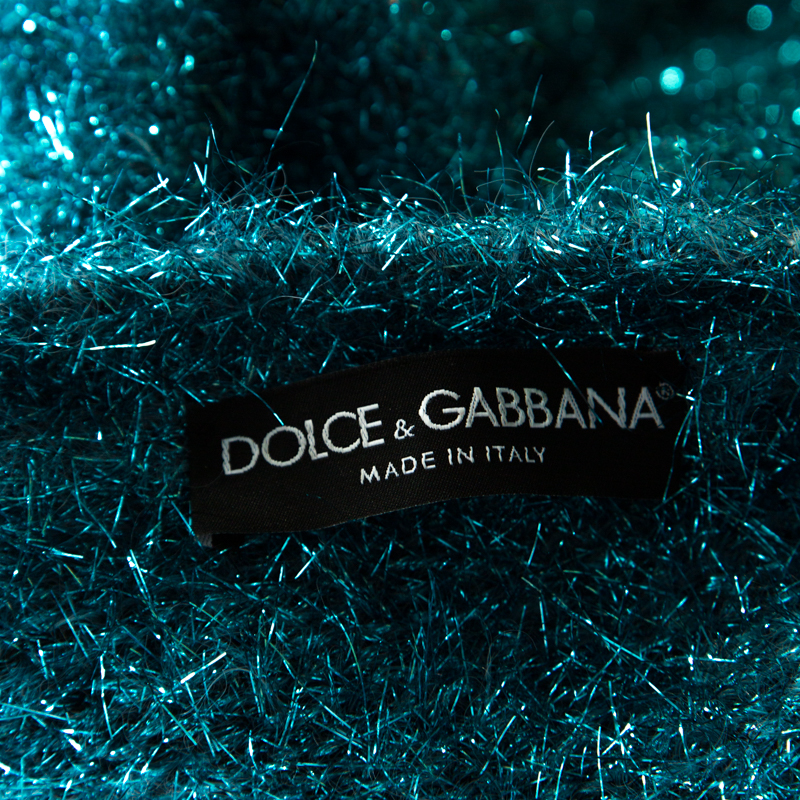 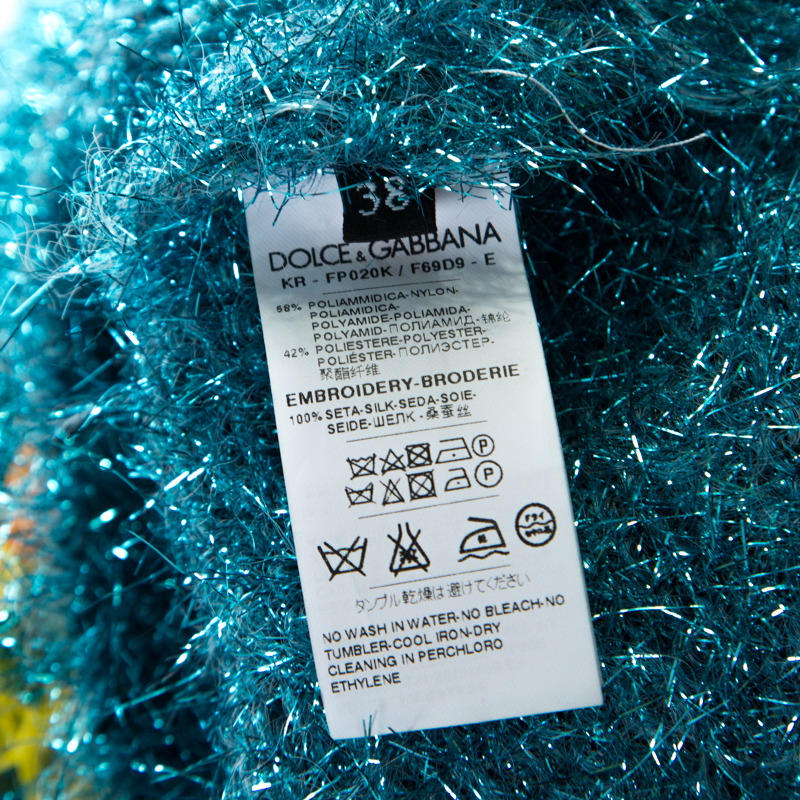 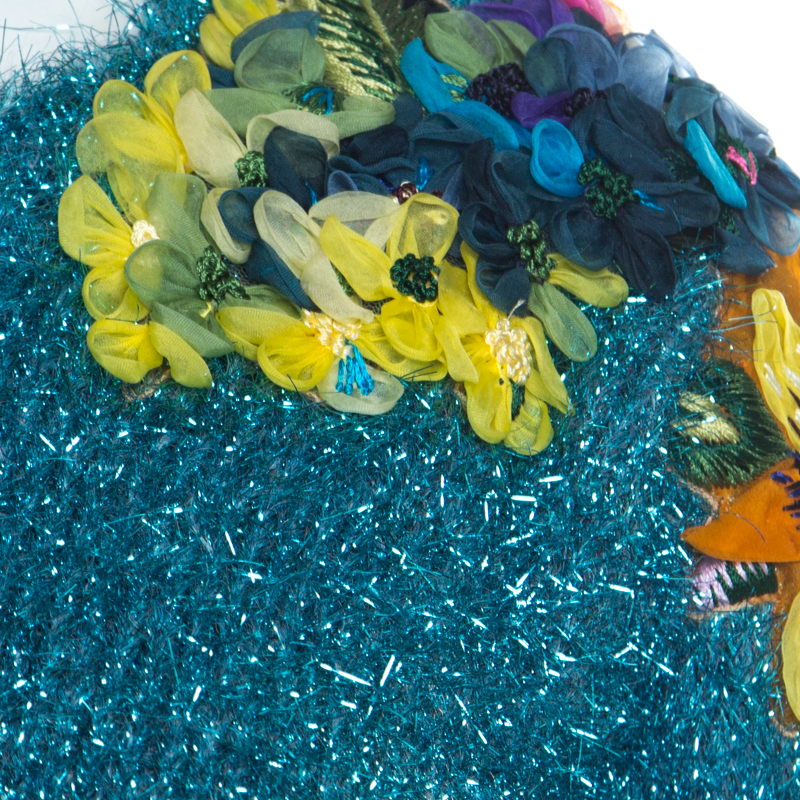 Dolce and Gabbana combines a feminine aesthetics and refined fashion in this glamorous sweater. The beguiling metallic blue hue and floral appliques accentuate the relaxed silhouette and make it apt for an evening outing. It is designed with a crew neckline and long sleeves. The beautiful contrast of multicolored embellishments and a gorgeous, solid hue lends this sweater an interesting visual appeal. Create a runway look by pairing this Tinsel sweater with wide leg pants and pointed pumps for dinner party.

A world of fashion, powered by technology. ModeSens pulls from the racks of 19,882 luxury brands, aggregating every product at the item level for a seamless, transparent and secure shopping experience